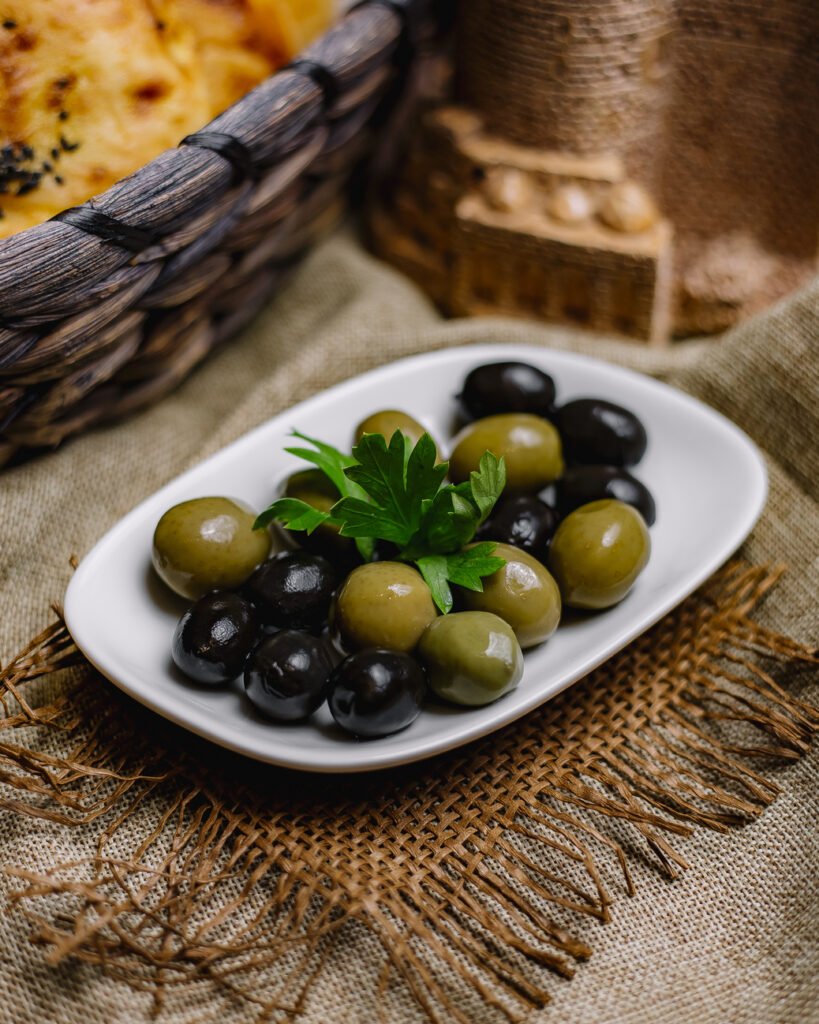 Whatever type they are – green, black, stuffed, pitted… – olives are the flagship of the aperitif in our country. But it is also one of the most used complements in our dishes and salads. Because we never get tired of saying that olives are healthy, nutritious and their caloric intake is very low. But in our post today we want to focus on different questions such as what are the differences between green and black olives, which ones are better in a healthy and balanced diet, or if we should opt for one over the other.

We will start from the common basis that olives are a source of fiber, monounsaturated fatty acids, vitamins and minerals. However, the black color of the olive is obtained by an alkaline treatment in the presence of aeration known as oxidation. In this way, that own bitterness that they have is also eliminated. On the other hand, the green color is obtained in the same way with an alkaline treatment that is carried out just after harvesting, without placing it in conservation brine. This step is done later, until its fermentation is controlled.

According to the Spanish Nutrition Foundation (FEN), olives are a food of great nutritional value, the black ones being greater than the green ones, due to their longer permanence on the tree. Olives are considered fatty fruits, but 70% of this fat is monounsaturated. In oleic acid, therefore, resides a large part of the healthy attributes of olives.

As noted, the fat content of both is different. Thus, the percentage of fat in black olives is 29.8 while that of green olives is 16.7. Therefore, the caloric value of the green ones (167 Kcal per 100 grams) is much lower than that of the black ones (299 kcal). Therefore, either of the two is healthy and we can choose between them according to taste. In this sense, it should be remembered that olives, with a moderate daily consumption (approximately 7) and included in a varied and balanced diet, do not make you fat.